Books to fuel your Wanderlust and warm your Hippie Heart 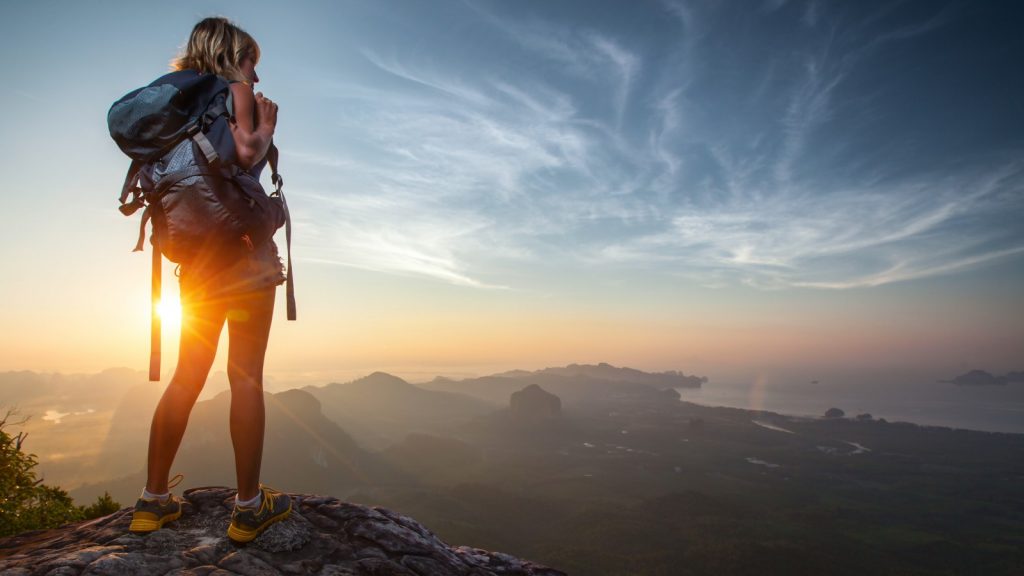 I love to read, I always have, books transport you to somewhere new, somewhere exciting. Books expand your mind and your reality. They broaden your horizons and change the way you think.

During these strange days of pandemic lockdown we have plenty of time on our hands, why not use this time to expand your mind with a good read.

Here are my selection of recommended books that I have read, and enjoyed that I felt worthy of passing on to you guys.

If you decide to give them a go I hope you enjoy them, I also hope they help you to blossom and grow on your continuing hippie kushi journey. 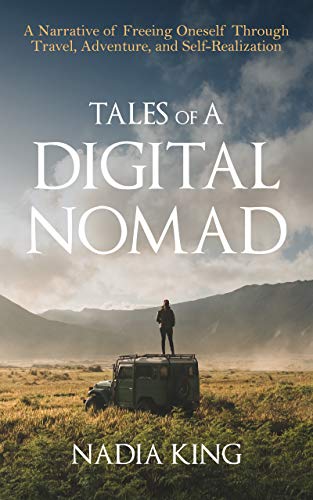 Tales of A Digital Nomad: A Narrative of Freeing Oneself Through Travel, Adventure, and Self-Realization

Join Nadia as she frees herself from the mundane and embarks on a journey of digital nomadism, self-revelation, and discovery. Feel the ache of heartbreak with her as Nadia leaves a love behind, and experience the excitement and warmth build as she discovers new friendships on her travels across Asia.

Nadia’s career is rich and fulfilling and her relationship with Callum is safe and secure. Yet a deep personal sadness and longing tugs away at her until she cannot ignore it any longer. She wants to get out and see the world and put her own needs and desires first for once, and so Nadia takes the brave decision to set up her own business, traveling to China to seize uncertain opportunities as she negotiates with unfamiliar suppliers to make her vision of a scratchable golden map a reality. Reader’s will be able to relate to the uncertainty Nadia feels when faced with the option of choosing a life of travel, freedom, and the opportunity to discover herself over the comfort and safety of what she is leaving behind at home.

This breathtaking journey will deeply move those wanting to jet off into the horizon to explore the corners of the earth. Imagine the trepidation Nadia feels, intermingled with the excitement of discovery as she takes the brave leap to start her own business, then go traveling and meet new people, and work towards a difficult and painful lesson in self-realization. Tales of a Digital Nomad reminds readers of the unlimited possibilities life can bring when you search hard enough. Leaving behind the comfort of security through her partner and her job and walking the road less traveled brings forth new beginnings for Nadia, of new love and new possibilities once she learns the art of letting go.

WHAT READERS ARE SAYING

“With effortless narrative, this book describes the fear and apathy related to the mundane and the enormous benefits to reap from doing the unusual. That’s what it’s about in the end – the way Nadia breaks away from the common experiences we all have and does the extraordinary. This describes the reality of it, fear and all, and still makes you want to follow in Nadia’s footsteps.”

“The book took me beyond just reading about someone’s travels. It’s written so openly that it made me wonder throughout about what I would have done in the same circumstances. It makes it even better that it’s written from a woman’s point of view as it deals with some experiences that only female travelers can relate to, and what it’s like to keep going anyway. An important book that I would highly recommend!”

“In the end, you only know a place when a piece of your heart is there.” 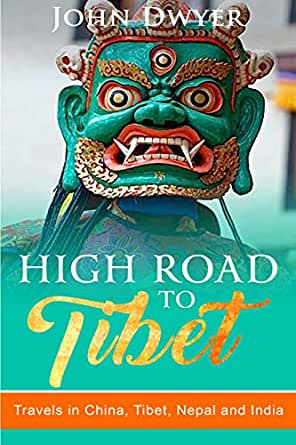 John Dwyer travels through Asia’s most interesting and wildest regions. Follow his adventures as he passes through the sunken gorges of the Yangtze river, drinks snake blood in Chengdu, gets smuggled into Tibet illegally, watches mysterious ceremonies in Buddhist temples, reaches Everest Base Camp, climbs amongst the awe-inspiring Himalayas, and watches the dead being burned by the banks of the Ganges.

“When I was thirteen, my mum gave me a world atlas as a birthday present. Little did she know the effect that it would have on me. As I turned each page, I was mesmerised by the pictures of far-away countries and exotic peoples. I wondered what it would be like to stand on top of Table Mountain in Cape Town, to see the dizzying peaks of the Himalayas, to watch snake charmers in India, or to see the Terracotta Warriors in China.” 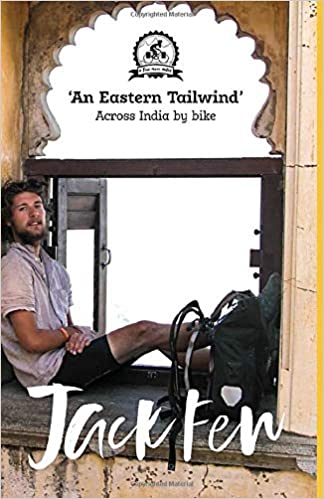 An Eastern Tailwind: Across India by Bike

An Eastern Tailwind is a piece of creative travel writing by Jack Few, a young adventurer and explorer from England, UK.

After peddling over 3,000 miles across India over a period of six months, he writes about his intricate relationship with India, the open road and the themes of adventure that slowly shape his life. Subjects such as curiosity, discovery, happiness, spirit, and purpose are expressed with a constant reflection on the ancient and beguiling country that is India.

Through icy Himalayas and scorching deserts, he experienced the full range and beauty of life in India, on the open road, just him and his bike. He was touched by the warmth of the people he met, experienced the raw and often difficult life in ancient villages and explored his own physical and mental limits. Travelling alone, he camped under stars and next to rivers in his tent, watching the changing world unfold around him in a flurry of colour.

This is a story told by a youthful, stubborn idealist, caught in full flower and noise travelling across India.

“Maybe it’s immaturity, or just my low tolerance threshold, but the repetitive weighs on my soul and saps the energy from me like a life-sucking mosquito. It makes me want to run, to commit to the calling of adventure that manifests itself in my everyday life. I sit typing up my Monday morning emails and catch my reflection in the dark patches of the screen momitor, my alter ego, shouting at me through the computer, ‘get out of here, you’re wasting your valuable time, go go go!'” 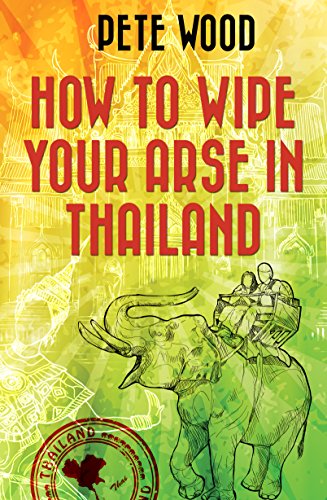 HOW TO WIPE YOUR ARSE IN THAILAND

Author Pete Wood had been longing to vanish down the hippy trail into Southeast Asia ever since the 1990s. Inspired by countless colourful characters he’d met over the years, the ambitious pilgrimage abroad was less about finding himself but more about the stories and memories that were just waiting to be made. After years and years of set-backs and some close-calls (life always gets in the way of even the best-laid plans), Wood, deciding there would never be a perfect time to go travelling, threw caution to the wind to pursue a life-long dream – and it made for the craziest, most unpredictable ride of his entire life.

Divided into the key milestones of his ambitious adventure, Wood recalls with heartfelt humour and intriguing hindsight the ridiculous situations he managed to get himself into. While he visited the gorgeous vistas and exotic towns that would give anyone a severe case of wanderlust, the cast of characters he came into contact with during his stay were just as important in making his journey across Thailand such a life-changing experience.

Insightful cultural observations and gripping personal stories are captured in Wood’s hilarious new memoir, How to Wipe Your Arse in Thailand. As he details his four month stint in Southeast Asia, Wood covers both the highs and lows of Thai culture, with every charming anecdote told through the author’s signature frank and witty prose.

While there’s adventure to be had in the author’s sprawling recollection of his life-changing journey, it’s the funny asides, observations and commentary that you wouldn’t get anywhere else that makes Pete Wood’s latest book one of the most unique travelling experiences you could get your hands on.

“I didn’t feel like explaining that for most of it I was hoping to be laying in a hammock under a deep blue sky in the sun listening to the sound of waves sweeping across exotic seashells on the shore, under the influence of just as exotic herbs.”

And finally a book about a hippie that totally touched my heart. Its beautifully written and the author really puts you right into the places and situations he describes. One of the best books of its kind I have ever read. 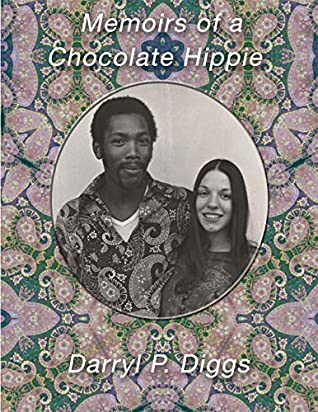 Memoirs of a Chocolate Hippie: A Trans Century Inter-racial Couple

Darryl P Diggs, retired high school math and computer technology teacher. Married to Judi A Diggs in 1968. Darryl is the chocolate half of an interracial couple whose life represents a unique view of race relations in the 20th century. Brought up in the Bronx, NY, fatherless and raised by a very religious but disturbed mother and sister of Tony Williams, lead singer of the Platters. Darryl’s story chronicles his transition from “Freedom Fighter” to “Hippie,” from NYC to San Francisco. He became the first in his family to graduate college and obtain a Master’s degree and the second to marry a white woman.
Mark Gordon
A Brilliant Memoir That Keeps You Reading

Reviewed in Canada on 5 February 2020

Memoirs of a Chocolate Hippie by Darryl Diggs takes us on a social, cultural, and psychological journey, starting in the Bronx of the 1950s. Diggs describes in evocative detail life in his Black community. He describes the pain and sadness of his mother leaving him behind to join a religious cult and a father substitute named Sunny who has little use for him.

The amazing thing about this memoir is that Diggs is able to overcome these hurdles, to emerge from this tough milieu, stronger than a lot of people from more promising beginnings. He does not shy away from describing bigotry when he encounters it but never lets it get the better of him. He not only becomes a math teacher, the first person in his family to go to college, but also shows us a display of staggering talents. He excels at sports, makes pottery, builds a complex geodesic dome to live in, and of course writes this brilliant memoir.

Diggs dazzles us with his power of recall, his storytelling ability, and his tender descriptions of his love affair and his Inter-racial marriage to his wife, Judi. Throughout the book we root for Diggs to succeed and for his relationship with his wife to flourish. I see this book not only as an engaging story, but also as a historical document of this time in American history. Like the music of the time, which Diggs loves, it is a cultural gift to the Black and White communities.

For all of these reasons, I highly recommend Memoirs of a Chocolate Hippie to readers who love this genre. 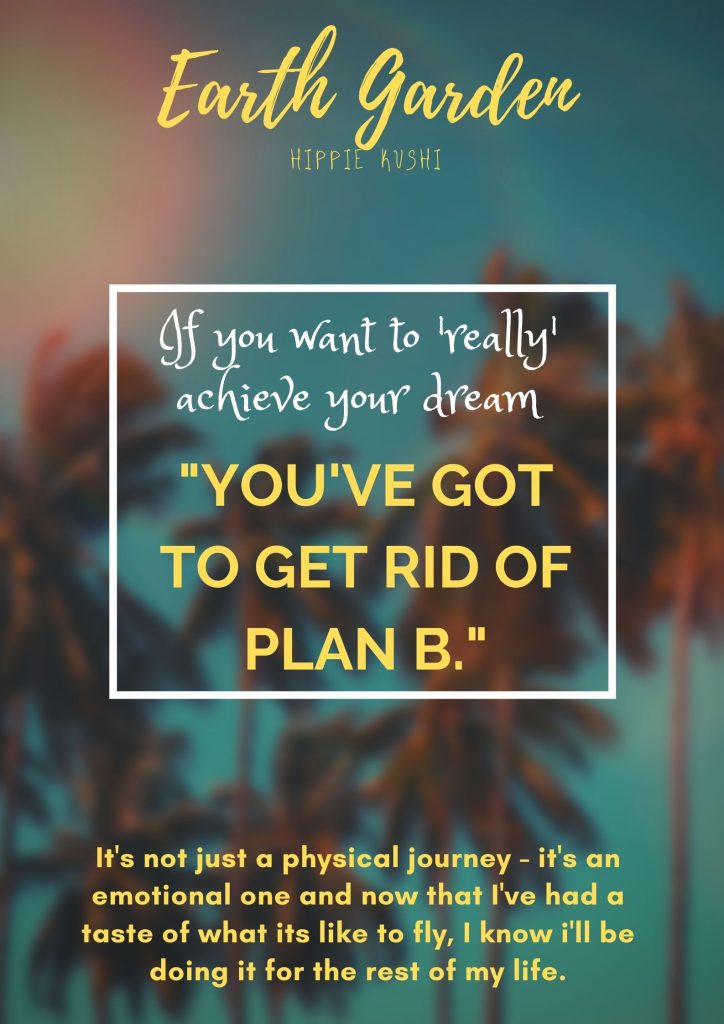 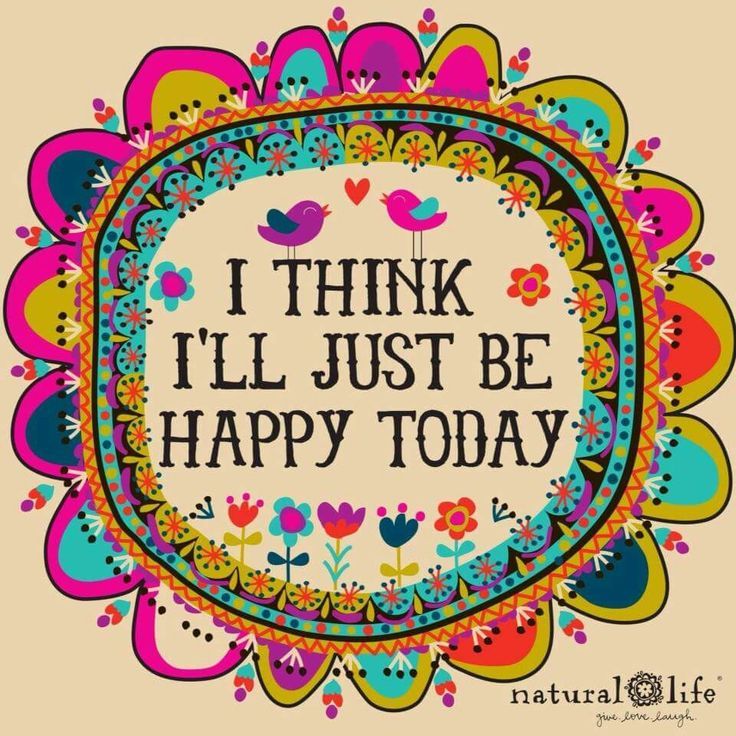 Next time: coming out of hibernation, beautiful hippie butterflies will party