Ever say to yourself: I need a new life. Here are some alternative lifestyles and communities you might want to consider

When I realised I needed to move on from my ‘full stop’ life I started looking at the alternatives. Alternatives to working long hours, day after day for a job I was no longer enjoying. How can you escape that treadmill of an aimless existence? How do you help change a world gone mad, full of pollution, war and intolerance? How can you wake up to life and live a happier more fulfilling existence? Here are some ideas that might get you thinking and moving towards a more ‘Hippie Kushi’ life: 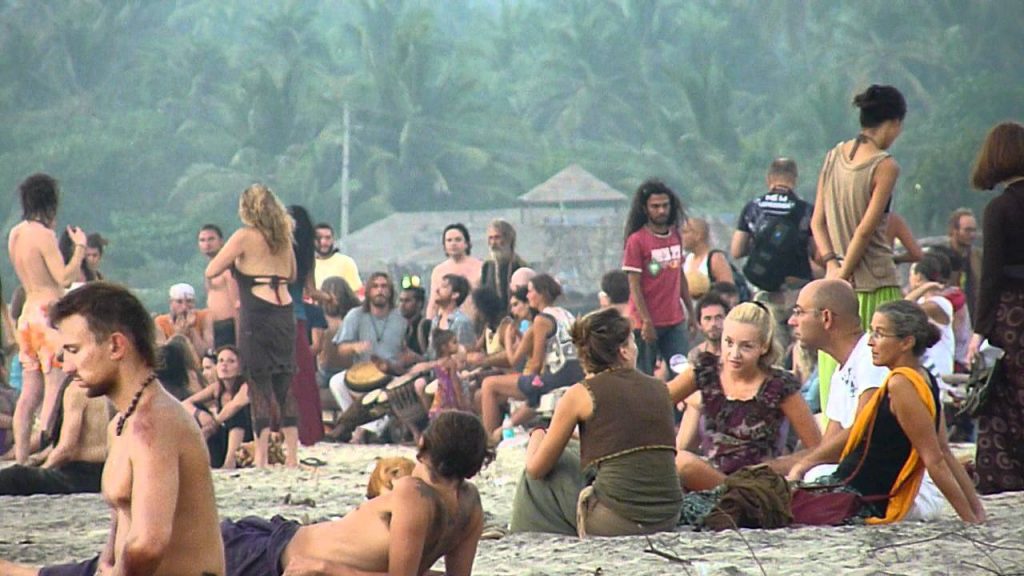 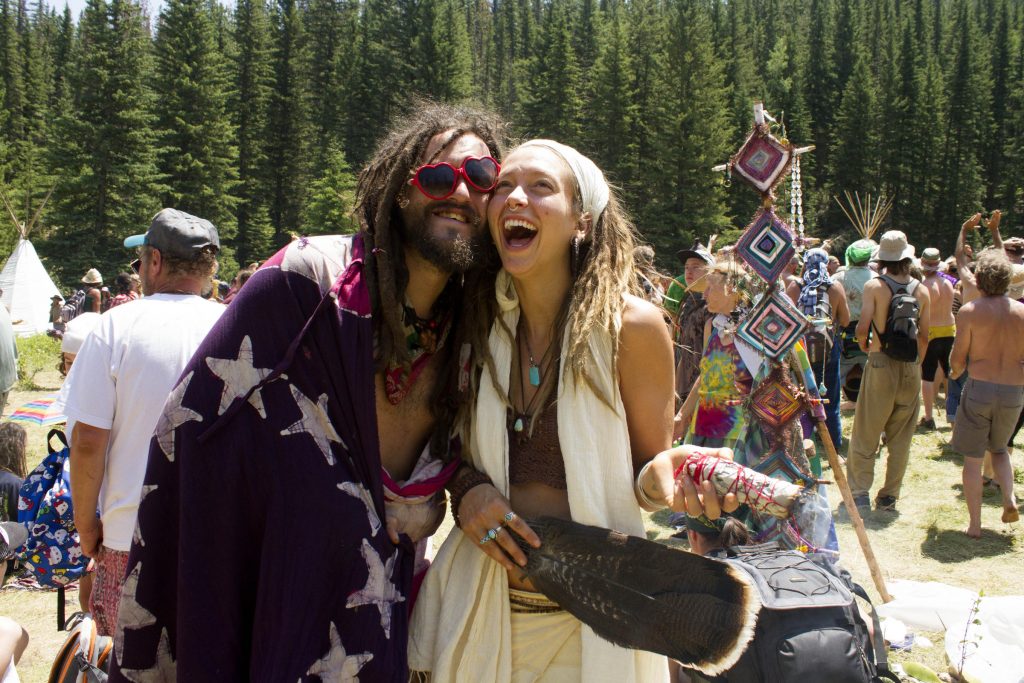 pic from: The Rainbow Family

The Rainbow Family is a loose association of hippie tribes with their roots in the 1960s. Many people all over the world have kept the ideals of hippie living through community, peace, freedom and happiness. 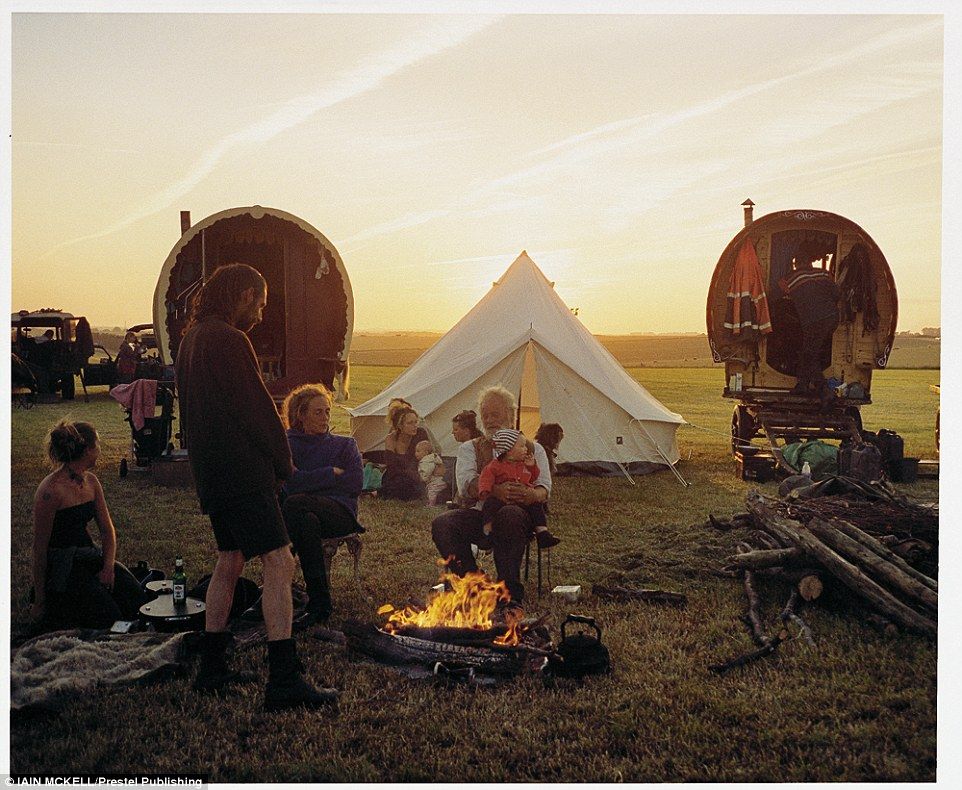 Some of these tribes have permanent camps made up of caravans, tents and makeshift enclosures or they take over disused buildings and squat or alternatively they live in community homes and farms where everyone chips in with the cooking, cleaning and bills. It is often expected that certain rules are followed, such as veganism and political viewpoints. 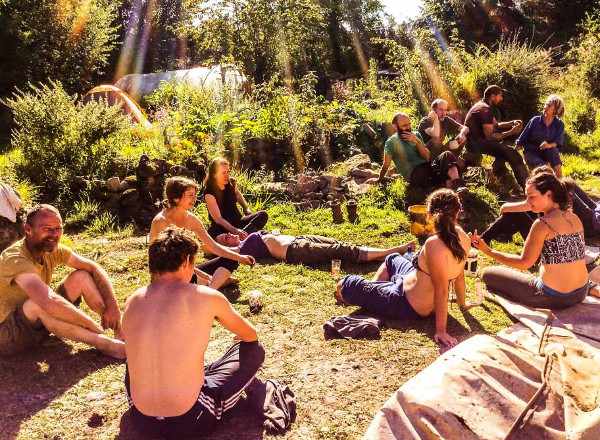 This kind of living is not for everyone, it’s often an outside life and can be dirty and hand to mouth. But for others it’s paradise. 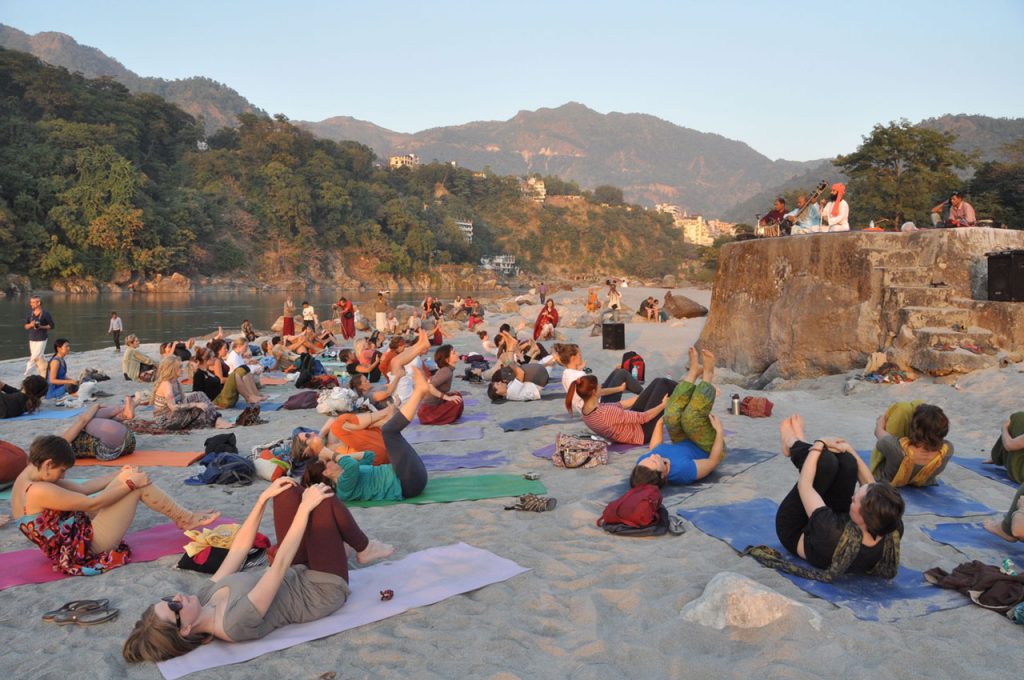 Some find peace and happiness through Eastern religions, meditation and retreats. We have all seen the happy faces of the Hare Krishna followers singing and dancing along the streets of our cities. Seeing these happy shaven-headed disciples chanting ‘Hare Krishna Hare Rama’ as they hand out books about their own vision of happiness, always makes me smile and I must admit, even from childhood I have felt the draw of joining their ranks and singing along with them. 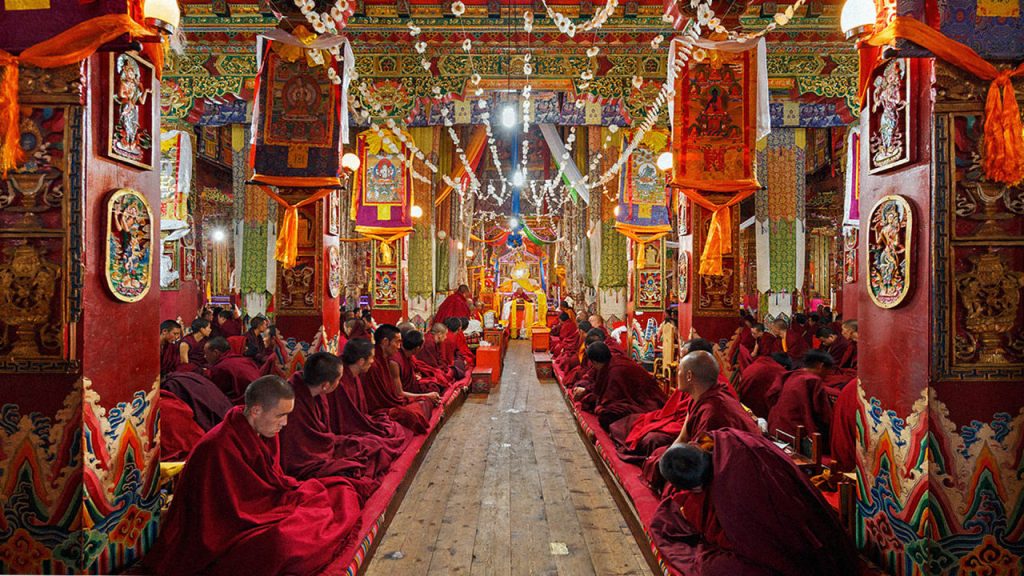 India has many Hindu Ashrams (spiritual retreats) where people from all over the world can come and stay for extended periods, listening to wise gurus and embracing their inner spirituality, through meditation and quiet contemplation. Small donations are expected as well as help with chores around the complex. One such retreat is Auroville in Southern India https://www.auroville.org/ 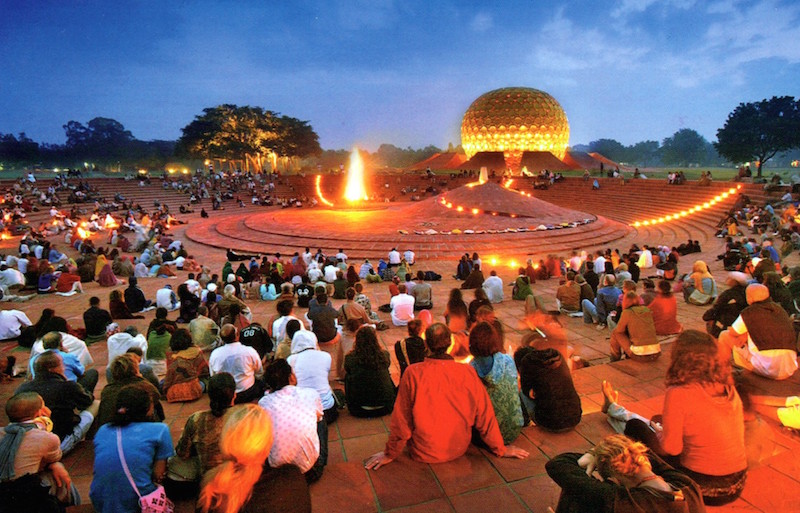 Many in the West have also embraced Buddhism and regularly attend temples in their hometowns to listen to spiritual leaders and to meditate. For others, travelling abroad and actually becoming a monk in places like Thailand, Tibet and Vietnam is the only way they can truly find inner peace.

In 2004 I spent over a year in the Gambia, Africa. I worked as a teacher in a remote tribal village. The village kept livestock, grew vegetables and was completely self-sufficient. Despite its poverty and lack of running water and electricity, the people were happy and I loved the way of life. I was only there a short time but I did meet people from all over the world that had chosen to live there full time and were living a happy and fulfilling life because of the collective, community ideal. If you are accepted by the village people through your deeds and community spirit, you can live a life that is the ultimate change of pace and cultural experience. 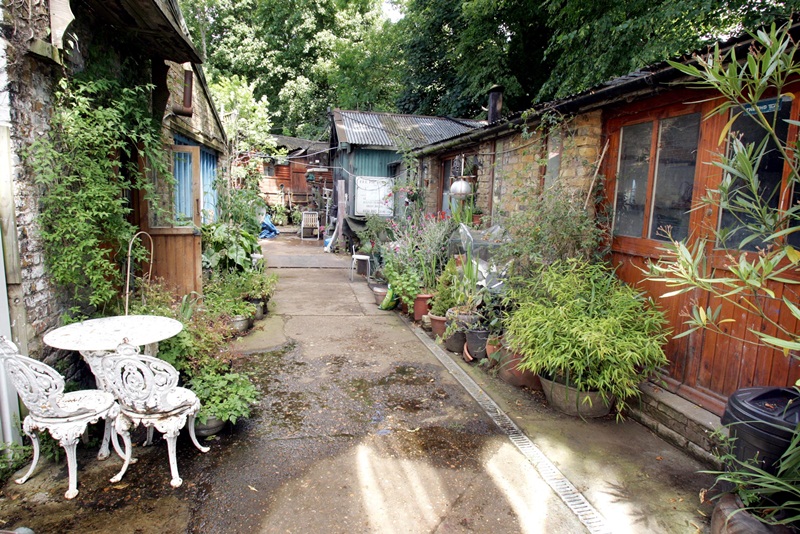 Eel Pie Island is a private island on the Thames in Twickenham not far from where I live in Hampton. It’s home to a mix of new age hippies, inventors, bohemians, artists and boat builders. 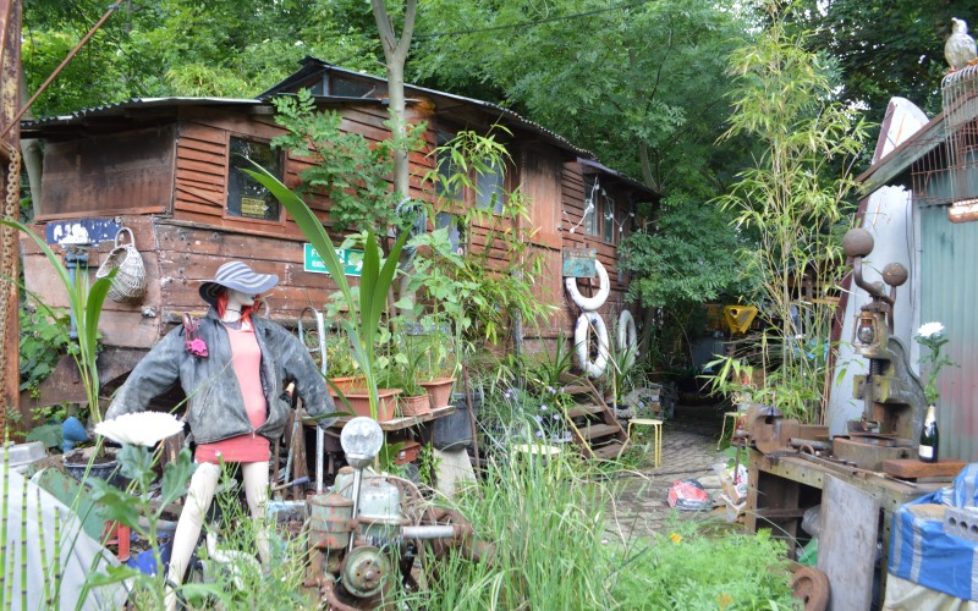 In the 1960’s it was known as the Eel Pie Hotel, a music venue that attracted David Bowie, Pink Floyd and the Rolling Stones. It is a happy diverse community of individuals living the alternative lifestyle dream. 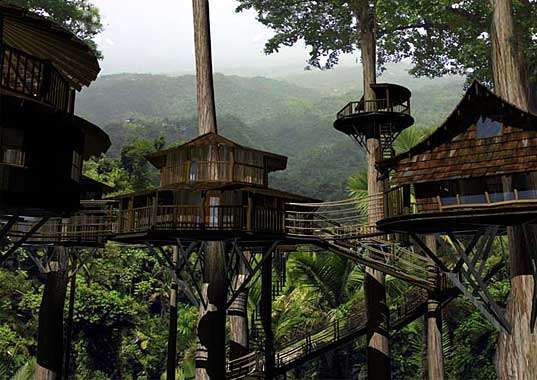 Finca Bellavista is to be found in the beautiful Costa Recan rainforest. It is a network of hand-built treehouses and is home to an eco-community. All energy used is generated by solar systems. Most food is grown on site and all of the structures have been built to interfere as little as possible with the natural plant and animal life around it. The tree houses are connected by aerial walkways and zip-lines and if you don’t want to live there full time you can rent them for a retreat. 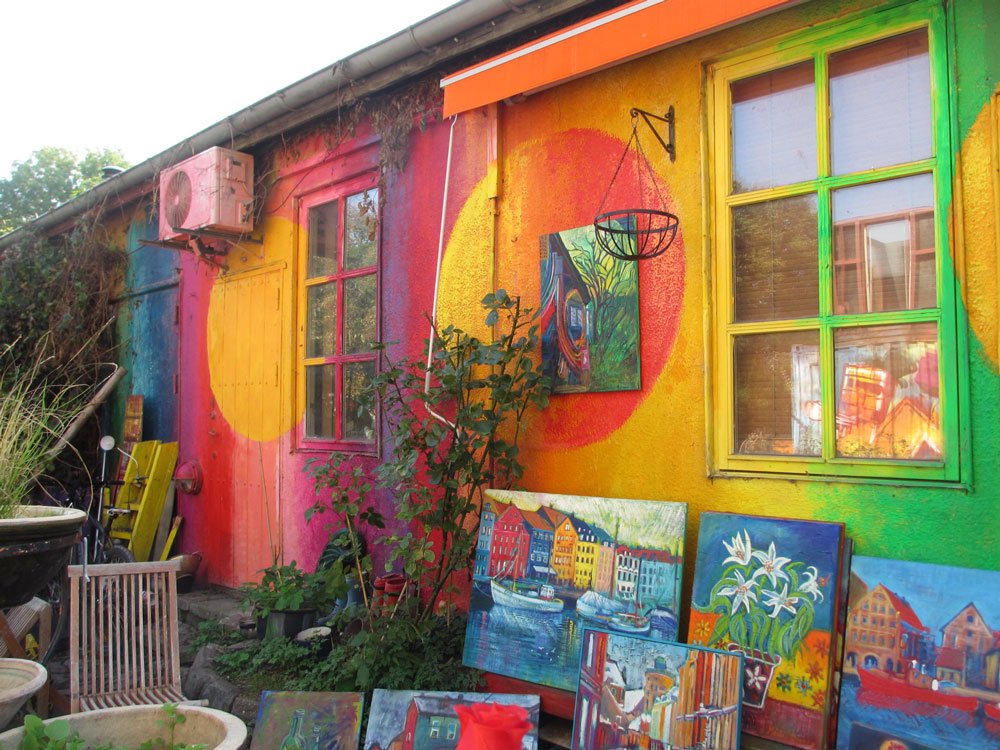 I once visited this 84-acre ‘town’ in Copenhagen which was founded in 1971 by a group of anarchic squatters and artists. It was originally an abandoned military base but is now described as a ‘free zone’. 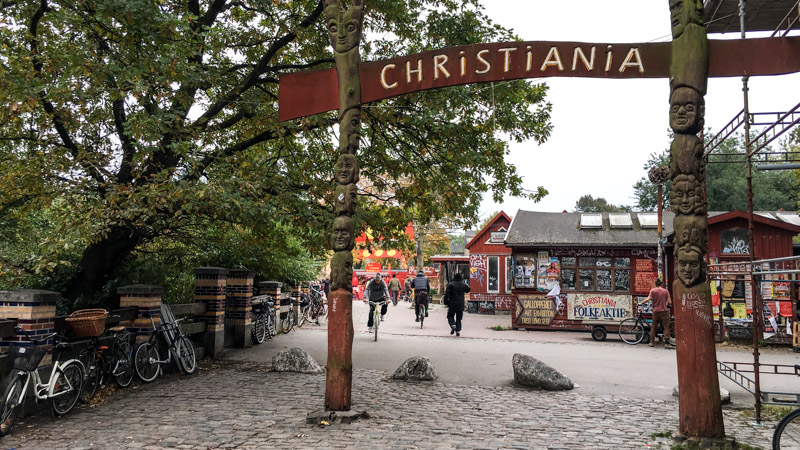 Once again this is all about community living. The town is best known for ‘Pusher Street’ a cobbled lane where an estimated $150 million of cannabis sales are made each year, so the odd police raid is inevitable as cannabis use is illegal in Denmark. 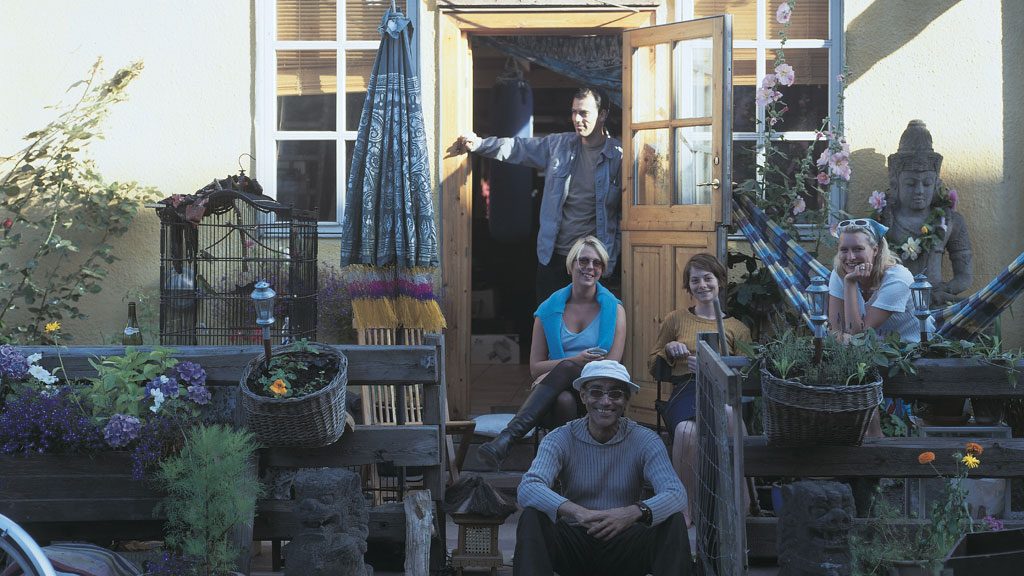 Initially dismissed by most as a hippie fad, 40 years on it’s one of the longest lasting communes in history.

I couldn’t end this post without mentioning my beloved Goa, could I? 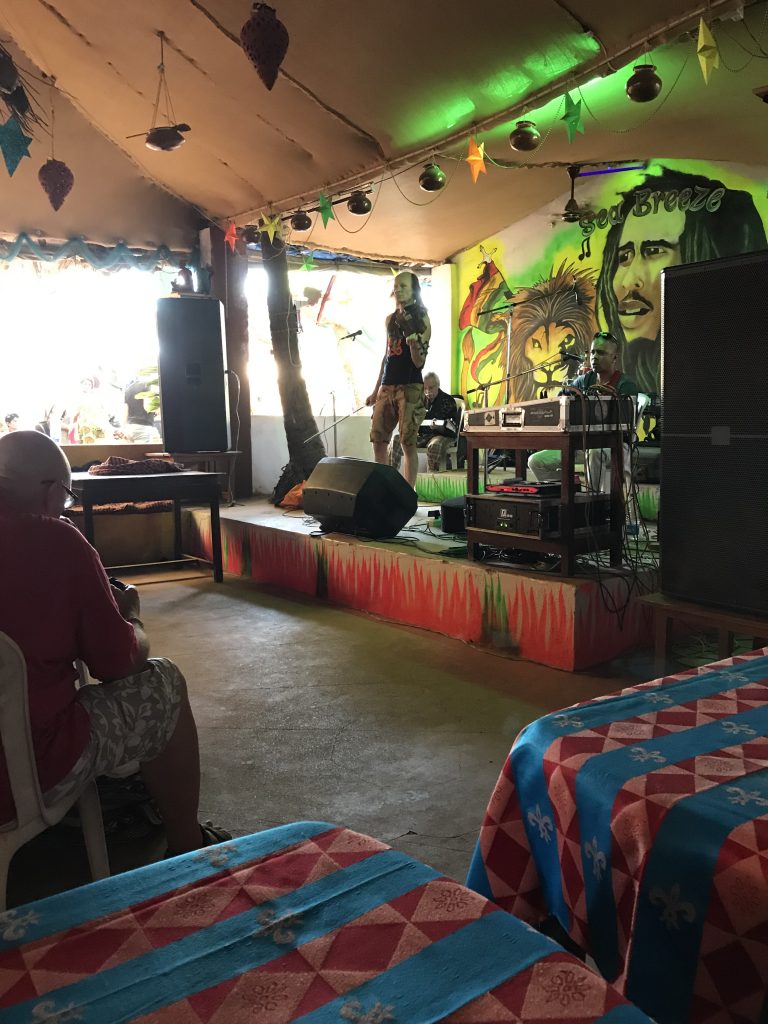 There is a hippie community still thriving in Goa India, especially around the areas of Arumbol, Palolem and Anjuna. Since the 1960’s hippies have travelled the hippie trail to India and settled here in Goa. To this day there are scattered hippie communities in these areas living the dream. It’s not easy, many create and sell trinkets like jewellery and crafts in the markets to survive, often getting arrested by the police as westerners are not permitted to legally sell at these markets. Others busk and play music and venues like the day and night markets. They live in hand-made huts and tree houses along the beaches and surrounding areas. The community is vibrant and there are many hippy bars, live music venues and trance parties.

Goa is my chosen destination for Waking up to Life; I hope you find yours.