Hippie Kushi the wonder of books 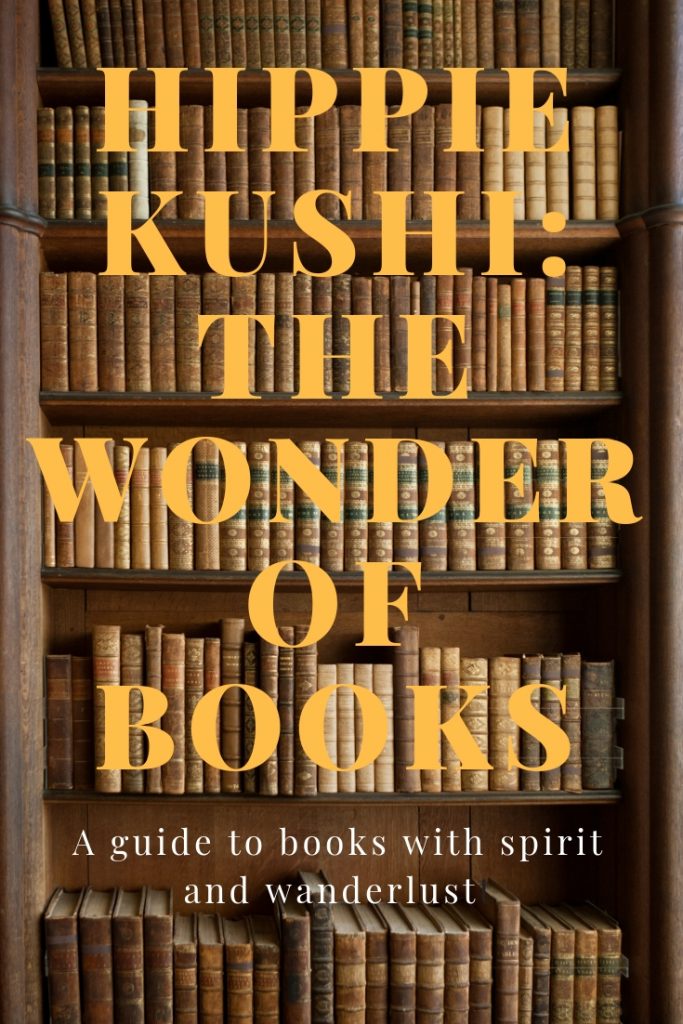 books are magical instruments that can expand our imagination, broaden our minds and deliver us towards untold possibilities. open up your mind and read my friends… 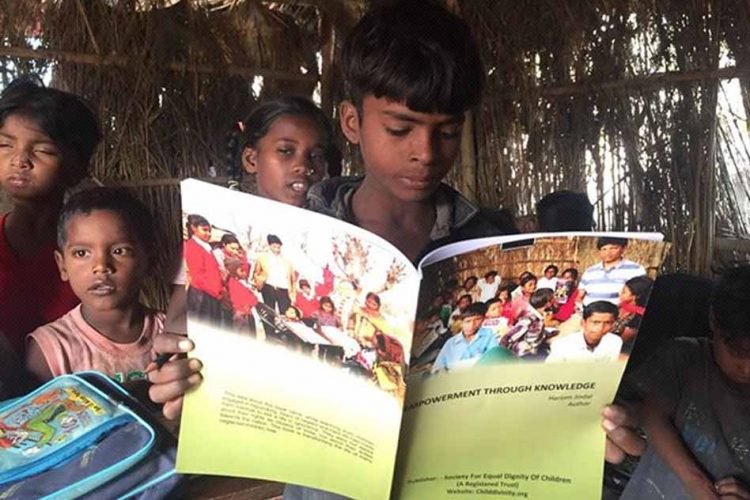 Our nation’s children are reading again, thanks to the likes of J.K Rowling. That’s a wonderful thing because reading a good book, factual or fiction can influence our lives and expand our minds in ways we could never dream of.

Influential world politicians, famous philosophers, revolutionaries and leaders of movements like the beats and the hippies of the 1960’s were all influenced by books that changed their direction in life.

Barak Obama named several books during his presidency that he felt had shaped him into the man he is today:

2. H Is for Hawk, Helen Macdonald

3. The Girl on the Train, Paula Hawkins

6. All That Is, James Salter

7. All The Light We Cannot See, Anthony Doerr

10. Between the World and Me, Ta-Nehisi Coates

Favourite book: Lord of the Flies by William Golding

Favourite book: The Catcher In The Rye by JD Salinger

We all have a favourite book that has changed our lives. Below is a list of eight of the books I have read that have shaped the life I live now, influenced this blog and inspired my new direction in life: 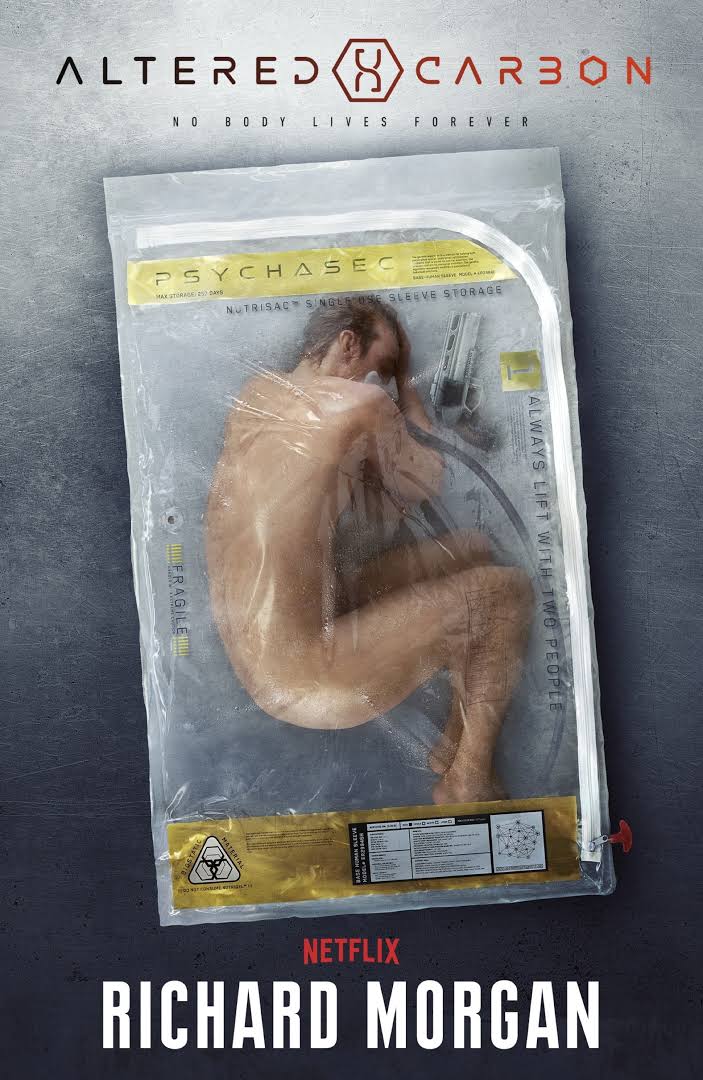 “Altered Carbon is a 2002 science fiction novel by British writer Richard K. Morgan. Set in a future in which interstellar travel is facilitated by transferring consciousnesses between bodies (“sleeves”), it follows the attempt of Takeshi Kovacs, a former U.N. elite soldier turned private investigator, to investigate a rich man’s death” Wikipedia

This is a strange book that explores what it means to be human. Does our body make us human, make us who we are, or does our soul? Check out the TV adaptation on Netflix, its pretty close to the book version and is quite strange and funny in places. 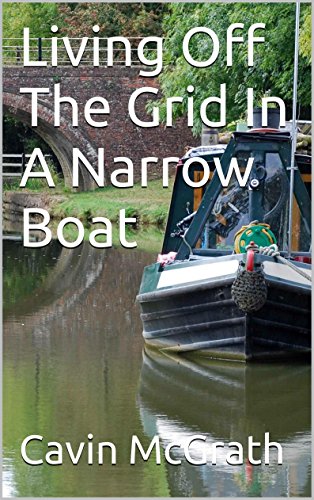 “The romantic dream of downsizing, giving up the rat-race, and living life at 4mph on the inland waterways is proving more and more attractive. But for tens of thousands of people, it is not just a romantic dream but an actual lifestyle. Tony Jones is one of those people. He has lived aboard his 50ft narrowboat for over seven years and in this very practical book, he documents what the liveaboard lifestyle is really like, focusing on the practical issues of day to day living for those who want to know what living on a boat actually entails, to see how to manage it for themselves.” Source: Amazon

I liked this book because it doesn’t glamourise this way of life, it gives you the ups and downs and really gets you thinking “is this for me?” 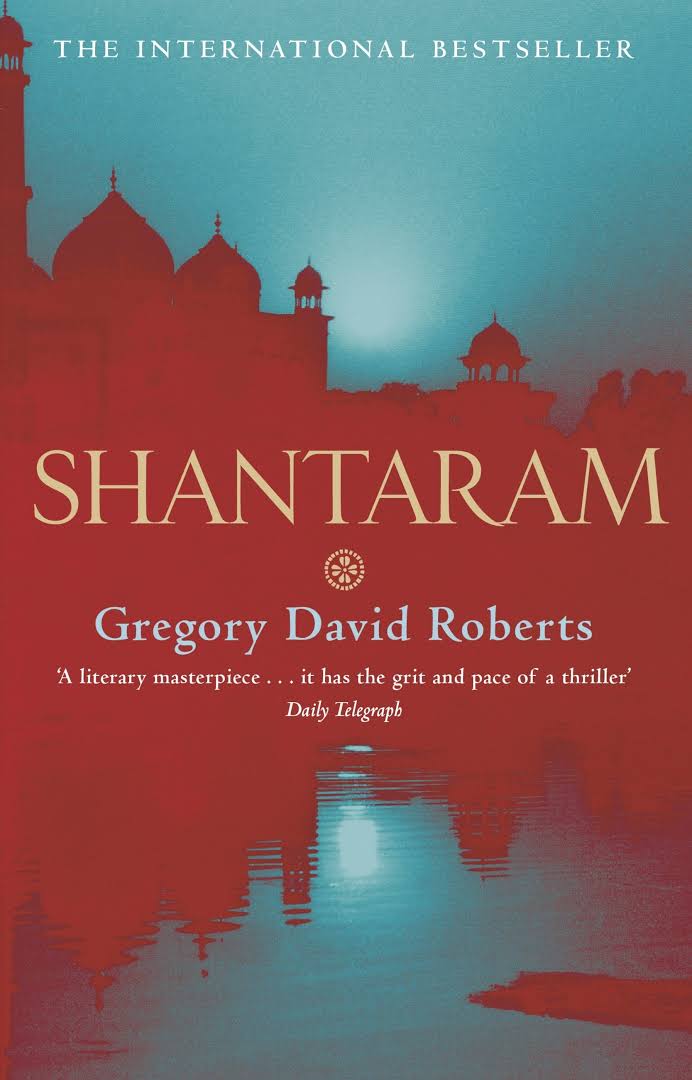 “Shantaram is a 2003 novel by Gregory David Roberts, in which a convicted Australian bank robber and heroin addict who escaped from Pentridge Prison flees to India. The novel is commended by many for its vivid portrayal of tumultuous life in Bombay.” Wikipedia 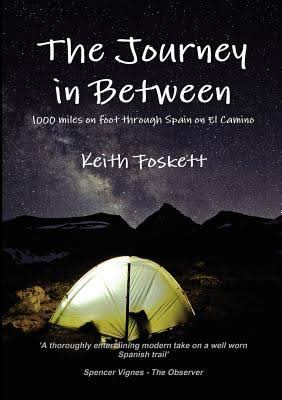 “El Camino is the fabled path that weaves through French and Spanish countryside for 1,000 miles to its hallowed destination at Santiago de Compostella. Hundreds attempt to walk its entirety each year: some succeed, many fail. The author walked the Camino to indulge his love for the outdoors and the simple act of putting one foot in front of the other – day after exhilarating day. Along the way he made friends with fellow pilgrims from all over the world, all travelling for their own different reasons. He was assailed by new experiences and unexpected discoveries – from the pain of blisters and extremes of temperature to encountering kleptomaniacs and fake faith healers and being threatened with arrest in Spain for ‘not sleeping’. This is the story of one man’s walk, but it speaks to all who see life itself as a journey and are alive to the revelations that an escape to nature can bring. As this book shows, it is rarely the start and the finish that count, but the journey in between.” Source: books.google.co.uk

A lifelong dream of mine is to walk the Camino de Santiago, this book tells you how hard it can be and gives you good tips on how to prepare. It also explores people’s reasons for setting off on such a pilgrimage. 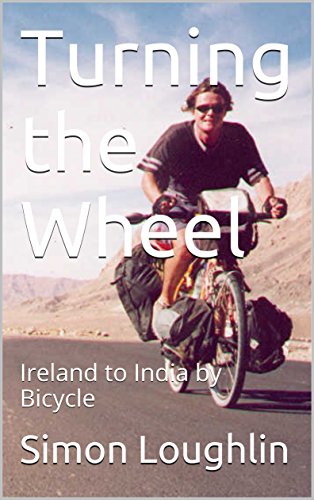 “Against all advice, I dropped everything and pedalled for seven months across Europe, Turkey, Iran, Pakistan, India and Nepal. Eight thousand miles of chaotic highways and empty country lanes, freezing winter-bound mountain passes, steaming tropical jungle paths, vast unpopulated desert highways and the streets of densely packed third world metropli brought me from my parents’ home in Northern Ireland to the Nepali Himalaya. En route I stayed mainly at the mercy of local inhabitants as I normally found myself in places well off the tourist radar. I stayed with Kurds in goat-hair tea-houses, with respectable Iranians and their opium loaded Shisha pipes, with Afghanis in dirt-floored desert roadhouses, in the mosque of a Turkish fire station, in a tribal police station and even in the palace of a desert king and ex-Pakistani president. I stayed mainly with peoples branded by Western media as dangerous, as not-like-us, yet nearly everywhere I was welcomed and treated like a brother. During these seven months, I re-learned to trust the human soul, no matter in what colours it came decked. The main battle I faced was internal, the endless hours of contemplation brought fierce challenges my ideas of my own identity. This book is the story of that journey.” Source: Amazon

Can you imagine climbing on your bicycle and just going. Peddling all the way from the UK to India?; what an adventure. Simon writes well and really takes you along for the ride. 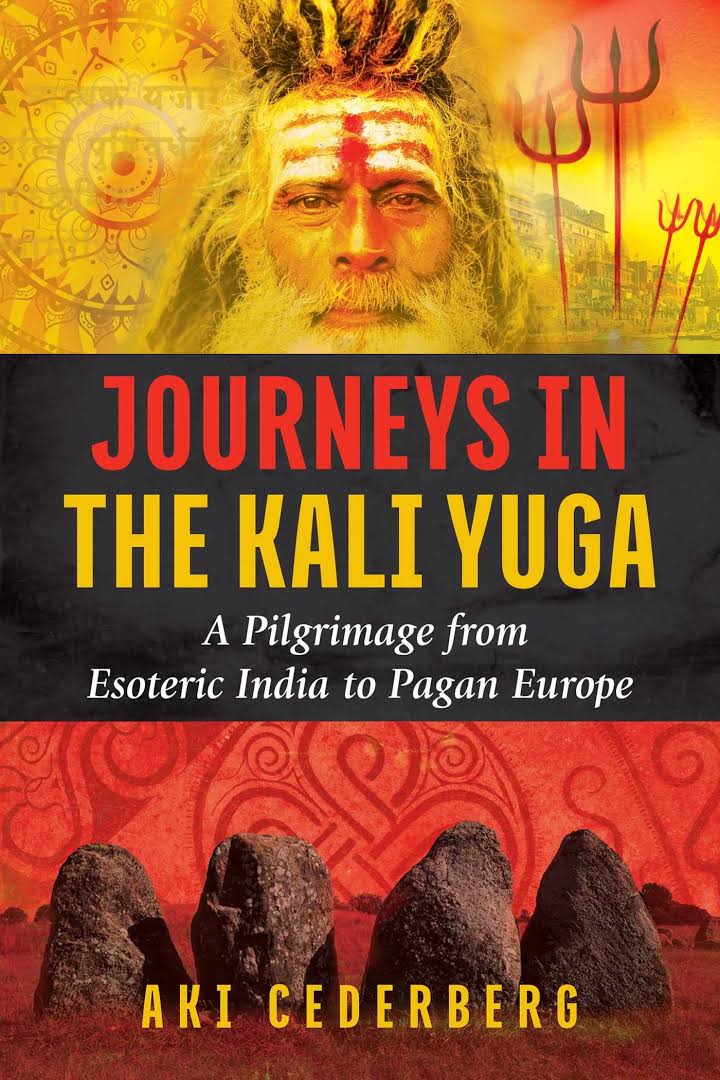 “A beautifully evocative account of one man’s odyssey to discover authentic and unbroken magical traditions in the East and reawaken them in the West. Details the author’s encounters with the Naga Babas, his initiation into their tradition, and his experience at the Kumbh Mela, the largest spiritual gathering on Earth

It introduces a wide cast of characters, including Goa Gil, the world-renowned guru of the Goa techno-trance scene, and Mahant Amar Bharti Ji, a “raised-arm Baba,” who for more than 40 years has held up one arm in devotion to Shiva. Beautifully detailing his spiritual pilgrimage from West to East and back again, in the age of strife known as the Kali Yuga, Aki Cederberg shares the authentic and unbroken magical traditions he experienced in India and Nepal and how his search for a spiritual homeland ultimately led him back to his native Europe.

Cederberg explains how his odyssey began as a search for spiritual roots, something missing in the spiritually disconnected life of the Western world, where the indigenous traditions were long ago severed by the spread of Christianity. Travelling to India, he encounters the ancient esoteric order of mystic, wild, naked holy men known as the Naga Babas, the living source of the Hindu traditions of magic and yoga. Immersing himself in the teachings of the tradition, he receives an initiation and partakes in the Kumbh Mela, the largest spiritual gathering on Earth. With his evocative descriptions, Cederberg shows how travelling in India can be an overwhelming, even psychedelic experience. Everything in this ancient land is multiplied and manifold: people and things, sights and sounds, joy and suffering. Yet beyond the apparent confusion and chaos, a strange, subtle order begins to reveal itself. He starts to glimpse resemblances and analogies between the teachings of the Indian tradition and the Western traditions of magic, alchemy, and pagan pantheons. He meets a wide cast of characters, from mystical hucksters in Rishikesh and the veritable army of naked, chillum-smoking mystics of Maya Devi to Goa Gil.

After extensive travelling and immersing himself in the extraordinary world of India, Cederberg returns to his native soil of Europe. Travelling to holy places where old pagan divinities still linger in the shadows of the modern world, he dreams of forgotten gods and contemplates how they might be awakened yet again, reconnecting the West with its own pre-Christian spiritual traditions, sacred landscapes, and soul.”

I found his book mind-blowing. After encountering the weird and wonderful ageing hippies living in Goa first hand, I loved the descriptions in this book of all the incredible characters Aki meets on his long spiritual journey; a must read.

“This is the first history of the Hippie Trail. It records the joys and pains of budget travel to Kathmandu, India, Afghanistan and other ‘points east’ in the 1960s and 1970s. Written in a clear, simple style, it provides a detailed analysis of the motivations and the experiences of hundreds of thousands of hippies who travelled eastwards. The book is structured around four key debates: were the travellers simply motivated by a search for drugs? Did they encounter love or sexual freedom on the road? Were they basically just tourists? Did they resemble pilgrims? It also considers how the travellers have been represented in films, novels and autobiographical accounts, and will appeal to those interested in the Trail or the 1960s counterculture, as well as students taking courses relating to the 1960s.” Source: Amazon

This is a journey that could only be taken today at great risk to life and limb. Afganistan and Pakistan are dangerous places to cross these days. Back in the 60’s people travelled the hippie trail by bus, campervan, train, hitchhiking, boat and plane. The romantic and exotic idea of this journey to India by land has always excited me. Here are several different tales of adventure from that time.

And finally to Rolf Potts: 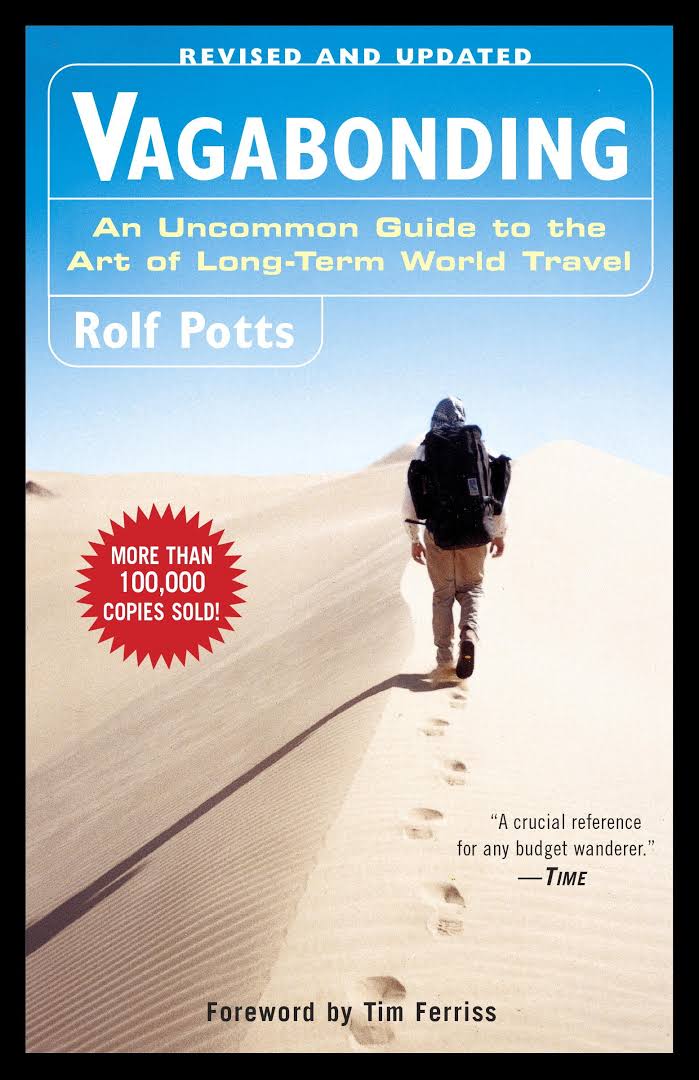 I have spoken about Rolf Potts amazing, life-changing book Vagabonding several times in this blog; well, he’s now written another one: 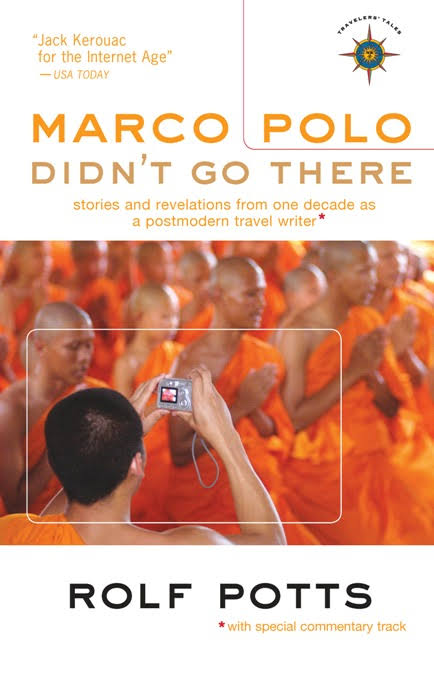 “Marco Polo Didn’t Go There is a collection of rollicking travel tales from a young writer USA Today has called “Jack Kerouac for the Internet Age.” For the past ten years, Rolf Potts has taken his keen postmodern travel sensibility into the far fringes of five continents for such prestigious publications as National Geographic Traveler, Salon.com, and The New York Times Magazine. This book documents his boldest, funniest, and most revealing journeys—from getting stranded without water in the Libyan desert, to crashing the set of a Leonardo DiCaprio movie in Thailand, to learning the secrets of Tantric sex in a dubious Indian ashram.

Marco Polo Didn’t Go There is more than just an entertaining journey into fascinating corners of the world. The book is a unique window into travel writing, with each chapter containing a “commentary track”—endnotes that reveal the ragged edges behind the experience and creation of each tale. Offbeat and insightful, this book is an engrossing read for students of travel writing as well as armchair wanderers.”

Once again an amazing read, I didn’t want to put this book down. Rolf just makes me feel like putting on my backpack and walking out the door. This man has influenced who I am today more than any other writer.