I’m not religious, I’m spiritual. Have you ever said this? I have, what does that even mean? 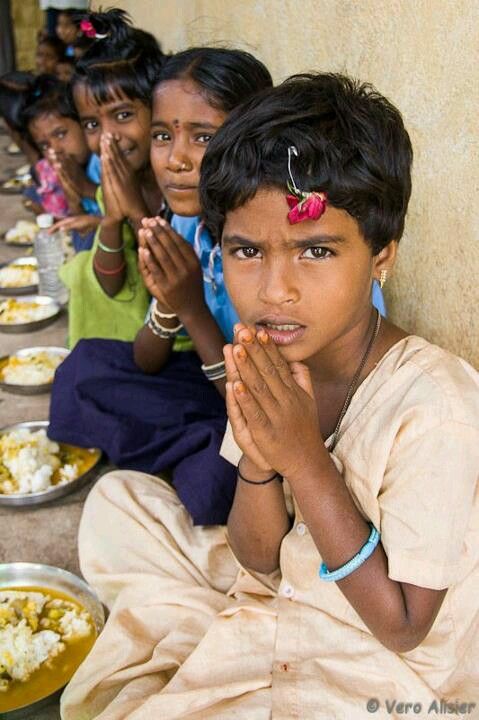 I have always felt uncomfortable using the term ‘God’. What does that even mean to me? A Christian upbringing at a church school, with boring church services every day and visions of a mystical white-bearded man in the sky.

What I have really felt during my life is something quite different, a different idea of spirituality. I have always felt that God was something different, not a man but more of an energy source, a light all around us. This energy source, or Brahman as I prefer to call it is everything. Brahman is in the trees, the plants, the animals and the sea, the sunshine, the moon, the planets, the stars, the people and all things we see and cannot see. It is love, it is hate, it is war and it is peace.

I feel as I have grown older that I have taken comfort in my search for happiness through spirituality and during my visits to India I have often felt this power of light through the atmosphere of joy in its people but there is also something in the air. You come away feeling different.

The Indian people, Buddhists and Hindus believe in reincarnation, as do I. I believe we are reborn time and time again and it is through our deeds that our next incarnation is chosen. The Hindus call this Karma.

Many people who search out spiritual peace and enlightenment as an alternative lifestyle to the unhappy one they have been living, often turn to Eastern Spirituality. Many westerners practice Buddhism and meditate regularly as well as attending Buddhist temples. Some have chosen to join the Hare Krishna groups throughout the world, a type of Hinduism. These colourful happy souls can be seen chanting and singing up and down our high streets handing out books about this beautiful religion. 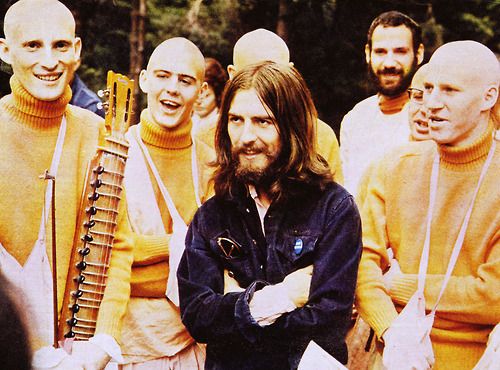 The closest I have found to the kind of spiritual beliefs I believe in is that of Hinduism. Their idea of god is exactly the same as mine. But you may be saying ‘hold on, the Hindu faith has thousands of gods’ but these gods are all manifestations of the one ‘light’ that is Brahman.

If you are looking for something different, something spiritual, here is an outline of two Eastern religions, or spiritual paths you may wish to explore further: 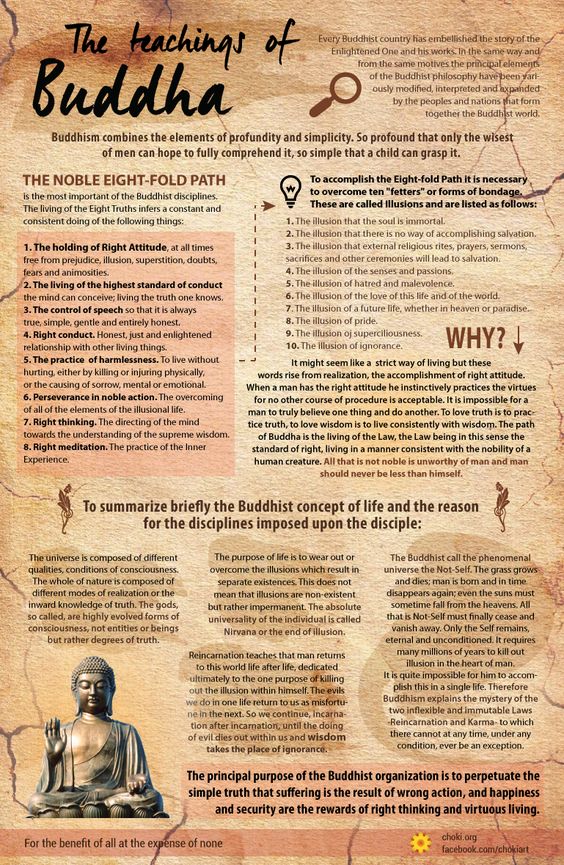 began in India 2,500 years ago and remains the dominant world religion in the East. There are over 360 million followers of Buddhism worldwide and over a million American Buddhists today. Buddhist concepts have also been influential on western culture in general, particularly in the areas of meditation and nonviolence.

Buddhism is based on the teachings of a Nepali prince named Siddharta Gautama who lived around 500 BCE. According to Buddhist tradition, the sheltered young prince was shocked by the suffering he saw outside his palace walls, so he left his life of luxury to seek answers. Eventually, he succeeded, becoming the Buddha–the “Enlightened One.” He spent the remaining 45 years of his life teaching the dharma (the path to liberation from suffering) and establishing the sangha (a community of monks).

Over its long history, Buddhism has taken a wide variety of forms. Some emphasize rituals and the worship of deities, while others completely reject rituals and gods in favour of pure meditation. Yet all forms of Buddhism share respect for the teachings of the Buddha and the goal of ending suffering and the cycle of rebirth.

Theravada Buddhism, prominent in Southeast Asia, is atheistic and philosophical in nature and focuses on the monastic life and meditation as means to liberation. Mahayana Buddhism, prominent in China and Japan, incorporates several deities, celestial beings, and other traditional religious elements. In Mahayana, the path to liberation may include religious ritual, devotion, meditation, or a combination of these elements. Zen, Nichiren, Tendai, and Pure Land are the major forms of Mahayana Buddhism. 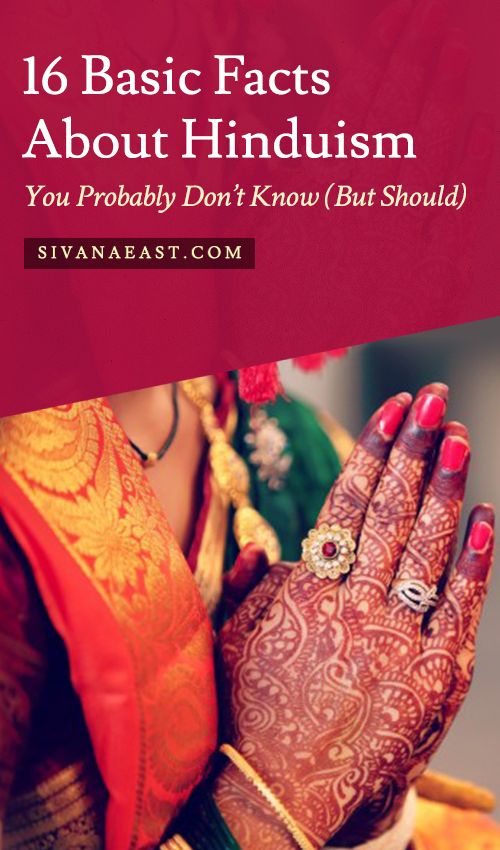 There are an estimated 1 billion Hindus worldwide, making Hinduism the third largest religion after Christianity and Islam. About 80 percent of India’s population regard themselves as Hindus and 30 million more Hindus live outside of India.

Hinduism has no founder or date of origin. The authors and dates of most Hindu sacred texts are unknown, although the oldest text (the Vedas) are estimated to date from as early as 1500 BCE. Scholars describe Hinduism as the product of religious development in India that spans nearly 4,000 years, making it perhaps the oldest surviving world religion.

The broad term “Hinduism” encompasses a wide variety of traditions, which are closely related and share common themes but do not constitute a unified set of beliefs or practices. Hinduism is not a homogeneous, organized system. Many Hindus are devoted followers of Shiva or Vishnu, whom they regard as the only true God, while others look inward to the divine Self (atman). But most recognize the existence of Brahman, the unifying principle and Supreme Reality behind all that is.

Most Hindus respect the authority of the Vedas (the oldest sacred texts) and the Brahmans (the priestly class), but some reject one of both of these authorities. Hindu religious life might take the form of devotion to God or gods, the duties of family life, or concentrated meditation. Given all this diversity, it is important to take care when generalising about “Hinduism” or “Hindu beliefs.”

The first sacred writings of Hinduism, which date to about 1500-1200 BCE, were primarily concerned with the ritual sacrifices associated with numerous gods who represented forces of nature. A more philosophical focus began to develop around 700 BCE, with the Upanishads and development of the Vedanta philosophy. Around 500 BCE, several new belief systems sprouted from Hinduism, most significantly Buddhism and Jainism.

In the 20th century, Hinduism began to gain popularity in the West. Its different worldview and its tolerance for diversity in belief made it an attractive alternative to traditional Western religion. Although there are relatively few western converts to Hinduism specifically, Hindu thought has influenced the West indirectly by way of religious movements like Hare Krishna and New Age, and even more so through the incorporation of Indian beliefs and practices (such as the chakra system and yoga) into health and spirituality.

For me spirituality is all about happiness, all about feeling peaceful and enlightened; its all about Hippie Kushi waking up to life. 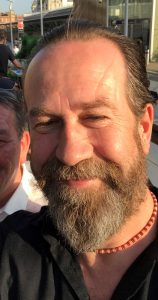 I have started reading a wonderful book called Hero for High Times by Ian Marchant which has a wonderful quote that sums up not only my blog, but spirituality in general and that feeling of Hippie Kushi Waking up to Life:

“The Freaks thought the world was broken, and they might have found a new way of mending it. They wanted freedom, and happiness, and a world in which people could be themselves, which meant that there would be no war, no famine and no disease. The freaks thought that in order to make this happen, everyone and everything needed to change. And to change everything, the freaks were going to teach the world to play. The freaks wanted everybody to look at everything in a new way. A new way which allows people to live their lives how they choose, no matter what anybody else thinks or says. A way where we can dance and sing and play all day. A way where love is the most powerful force in the universe, and where people see that the world is a wonderful, magical place.”