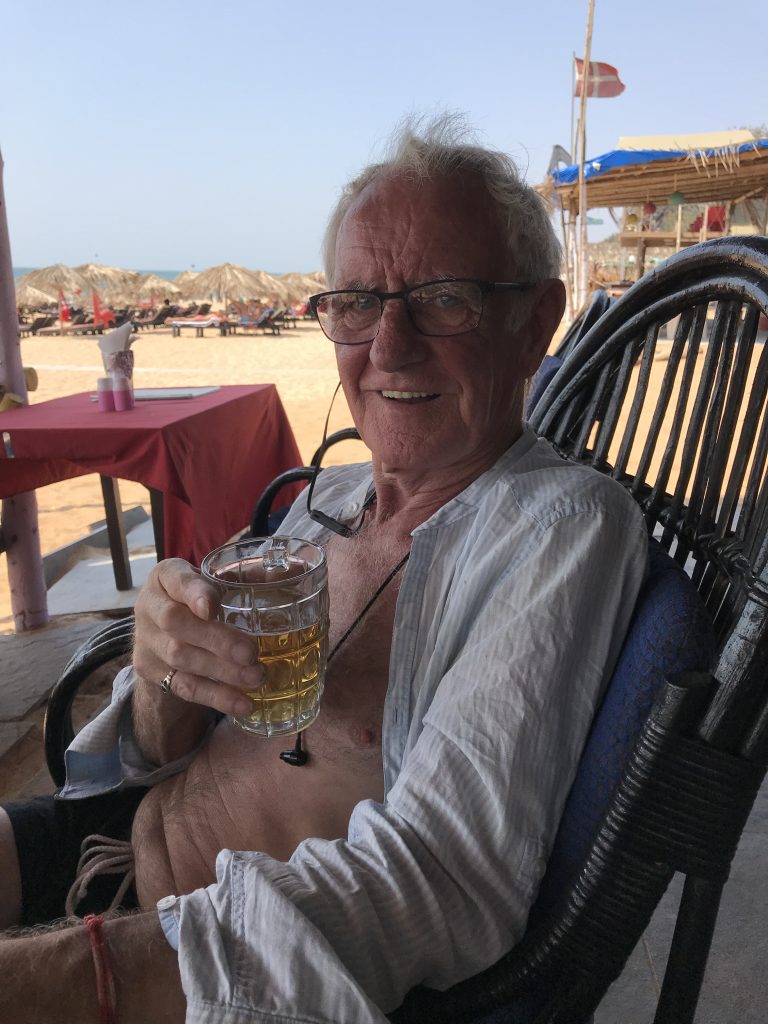 I met Larry at a beach shack bar in Anjuna in Goa, India. He made me laugh at the cheeky jokes he was making towards the owners of the bar and he asked if I wanted to join him for a beer.

It transpired that Larry was sleeping on the raised decking area above the bar at the invitation of the India owners. Larry had a way of winning people over with his warm personality and kind heart; he was funny too and made people laugh. As we chatted he told me his story and I was totally amazed; from that day onward Larry Crouton became a complete inspiration to me.

Larry had been working in the construction industry all his life and ended his long career as the manager of his own building company. Apart from a few contracts working abroad Larry had never really travelled. On his retirement at 65 years old he made a decision that would change his life. He sold his business and home, put on a backpack and started travelling.

Ten years on and he has been all around the world, most recently travelling through Asia. Larry has made a point of getting to know the locals rather than just doing the tourist thing and by doing so has made many new friends. In the countries that he has visited Larry has been welcomed into the homes of these local people and been warmly offered food and accommodation. In exchange for this kindness he would offer them  friendship and would make them laugh (he said this was one of his missions).

Larry has been having the adventure of a lifetime, living on his monthly pension payments. It takes a great deal of courage to do what he has done; so hats off to Larry Crouton.